Support the DA’s plan to Keep The Lights On! 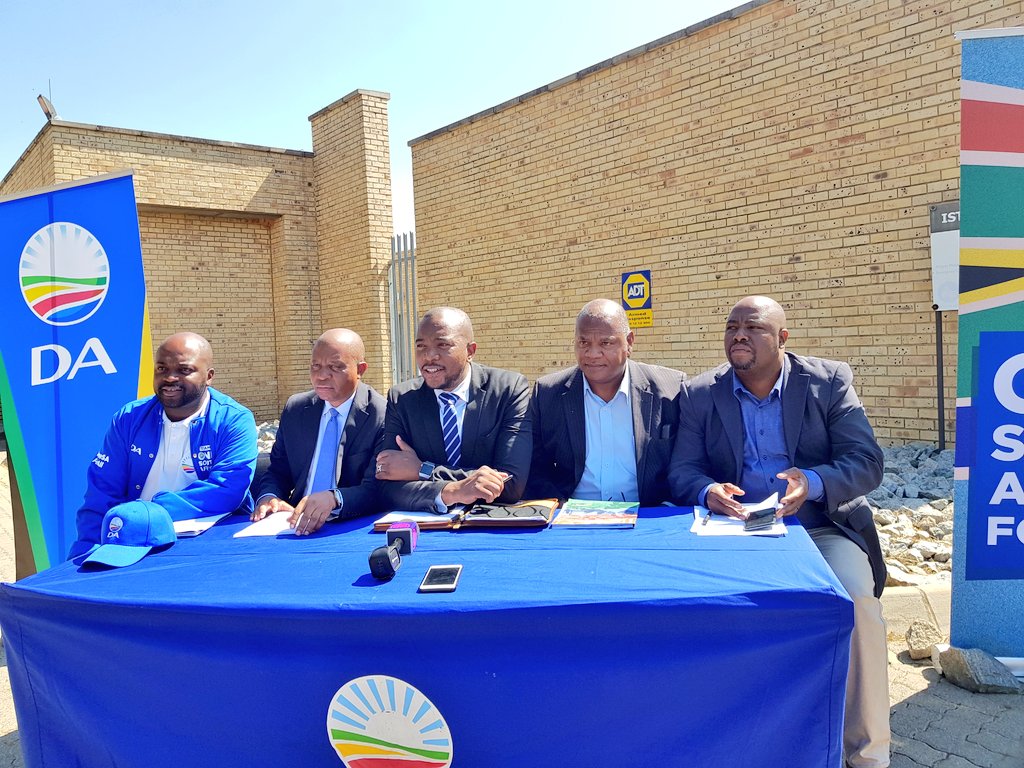 In the year 2019, after 25 years of democracy, it is an indictment on the ANC national government that the greatest threat to our nation is the collapse of Eskom and the national grid, which threatens to plunge South Africa into darkness. The reality is that due to shameless corruption and mismanagement of Eskom and disdain towards an independent energy sector, South Africa is on the brink of a national disaster.

This crisis is ANC-made and ANC-sustained, and we must not shy away from that fact. For the past two decades, the governing party has overseen the destruction of Eskom. The entity cannot provide constant, uninterrupted power to South Africans, is in hundreds of billions of rands of debt, and on the brink of bankruptcy. Eskom has been hollowed out by ANC crooks and cadres – many of whom Cyril Ramaphosa appointed to Eskom as head of the ANC’s deployment committee.

I want to urge South Africans to not be fooled by this temporary, short-term “breather” from rolling power cuts experienced this week. This is by no means a sign that all is well, and that the structural problems have been solved. The ANC has shown it will stop at nothing to keep the lights on before an election, even if this means the collapse of Eskom – both in terms of its finances and infrastructure. Currently, the ANC national government has chosen to burn billions of rands of diesel in a desperate attempt to keep the lights on as elections are around the corner, while stubbornly refusing to fix the fundamental problems at Eskom and in our energy sector.

Despite the fact that it is ANC corruption and mismanagement that has caused this crisis and its consequential negative impact, DA-led governments have stepped up to the task and put forward innovative plans to mitigate the crisis in the short term, and to stabilise electricity supply in the medium to long term.

Today I am joined by the Mayors of the DA-led Cities of Cape Town, Johannesburg and Tshwane to unpack these plans going forward. I am also joined by the next Premier of Gauteng, Solly Msimanga, who will speak to his plans on ensuring Gauteng becomes energy independent under a DA-led government.

We have initiated the following interventions in the short, medium and long term to ensure we mitigate damage, keep the lights on, and fix Eskom and our energy sector for good.

Firstly, every DA-run municipality has been tasked to formulate and execute disaster management plans to mitigate the damage being caused to critical infrastructure and service delivery by unreliable and intermittent energy supply. Each of the metro mayors present here today will speak to the plans for their respective cities.

Secondly, every DA mayor in the country to, where appropriate and possible, will write to the Minister of Energy, Jeff Radebe, requesting a determination in terms of Section 34 of the Electricity Regulation Act 4 of 2006 (“the Act”) allowing those municipalities to bypass Eskom and procure electricity directly from Independent Power Producers (IPPs).

Section 34 of the Act empowers the Minister of Energy to allow municipalities to enter into a tender procedure which is fair, equitable, transparent, competitive and cost-effective with the private sector to provide for new generation capacity. This direct licencing arrangement with private sector energy providers must be approved in consultation with, and facilitated by, the National Energy Regulator of South Africa (NERSA).

The number of IPPs is multiplying across South Africa and is increasingly becoming a sustainable option for municipalities to supplement their electricity supply procured from Eskom.

In this light, the City of Cape Town will continue full steam ahead with its court action in the North Gauteng High Court, seeking to compel the Minister Radebe to grant a Section 34 determination to the City to procure electricity directly from IPPs. The outcome of this case will set legal precedent for all municipalities in South Africa wanting to provide affordable, reliable and diversified electricity to their residents.

Thirdly, every DA-run municipality in the country will explore the viability and sustainability of adopting a by-law to regulate Small Scale Embedded Generation such as solar PV at businesses and residential homes. This would allow individuals with the capacity to generate their own energy to feed surplus energy into the grid and in turn credit their accounts. This by-law already exists in the City of Cape and 18 other DA-run municipalities and there is no reason it cannot be adopted all across the country. I have tasked all DA mayors to look at the viability within their local circumstances to adopt a similar by-law, where practicable and financially feasible.

And lastly, I have tasked caucus leaders of every council the DA is in opposition to table motions stating that Eskom as a single supply monopoly is failing to provide continued and uninterrupted supply of electricity and to compel the relevant mayors to write to the Minister of Energy seeking a Section 34 determination.

We believe that these interventions will help to stave off a total collapse in the short term. However, if we are to fix our energy sector and provide energy security to all South Africans, we require complete overhaul and reform.

In the short term, the DA would:

Over the medium term, the DA would implement the following interventions:

There is a plan to rescue South Africa from this crisis, however, we need to act with urgency. This ANC government has sat on its hands for too long. We now need immediate change.

This coming Friday, 29 March, we will embark on a National Day of Action as we take the plight of the nation to the seat of national government at the Union Buildings. We call on South Africans in every community, town and city across the country, to join us in a collective protest against this national crisis.

South Africa needs this change, and we need it now. And I urge every citizen who loves this country to join this National Day of Action so that we can usher in change and save our nation from the brink of collapse. The time is now – we will not sit back and watch our country implode at the hands of this failing ANC government.

The reality is that come 8 May, South Africans will have the chance to cut the ANC’s power and usher in real change at the ballot box and vote for a party that has a plan to keep the lights on and fix this ANC-created energy crisis.

Support the DA’s plan to Keep The Lights On!