What has the DA been doing to fix the electricity crisis?

As waves of rolling blackouts continue with no end in sight, the solution is clear if the ANC decides to do what is right: implement the DA’s Integrated Electricity Management Operator (IEMO) bill or the Cheaper Energy Bill.

This will drive the cost of electricity down, introduce competition into the energy sector, and diversify the country’s energy sources to introduce more renewables.

As Eskom drags the economy down with it, we continue to urge government to get out of the electricity generation business.

A timeline of DA activism on Eskom

We will never stop fighting for the corrupt to be brought to justice! Here are details on the important questions the DA has put before parliament to uncover the truth behind the rot at Eskom.

What are DA-governments doing to keep the lights on? 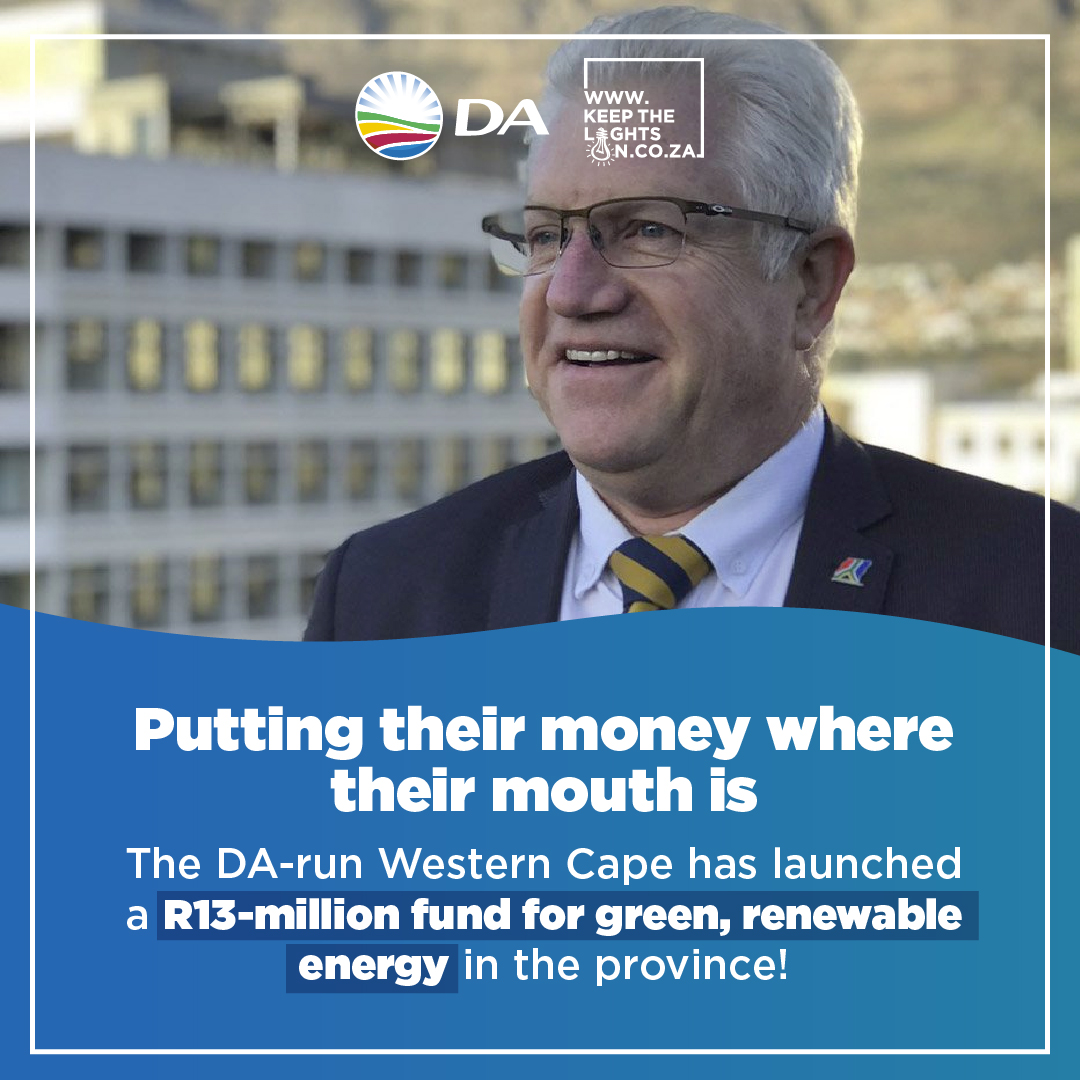 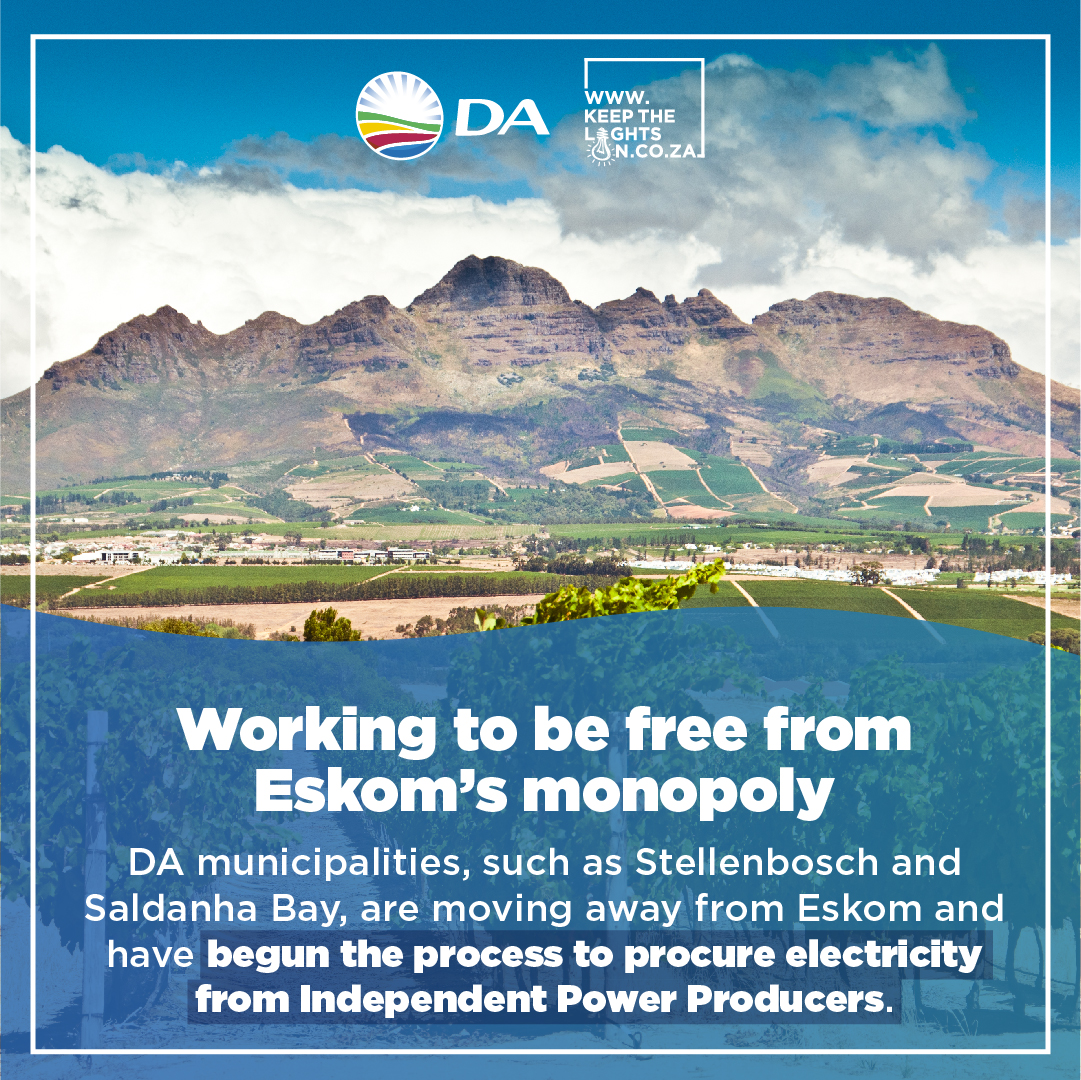 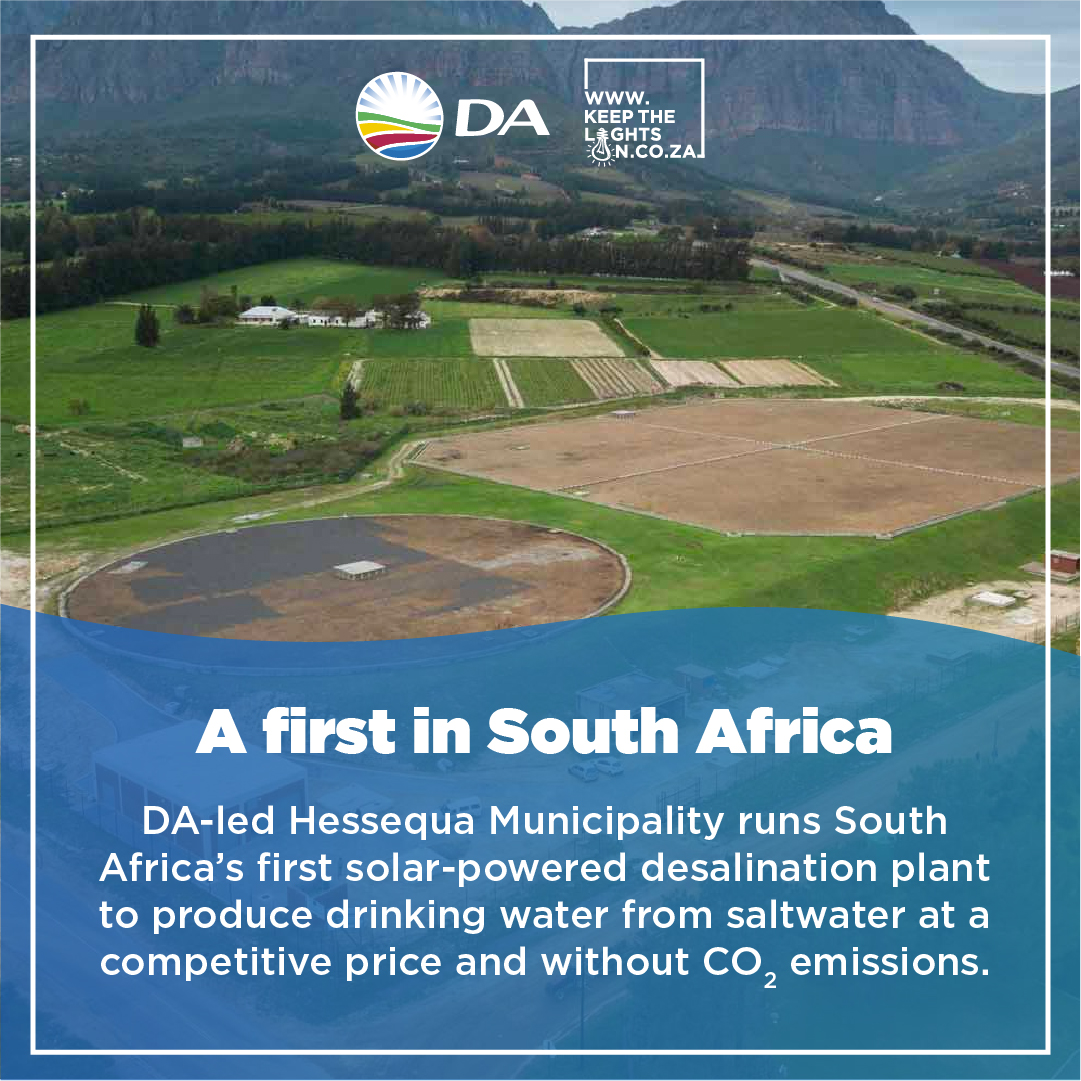 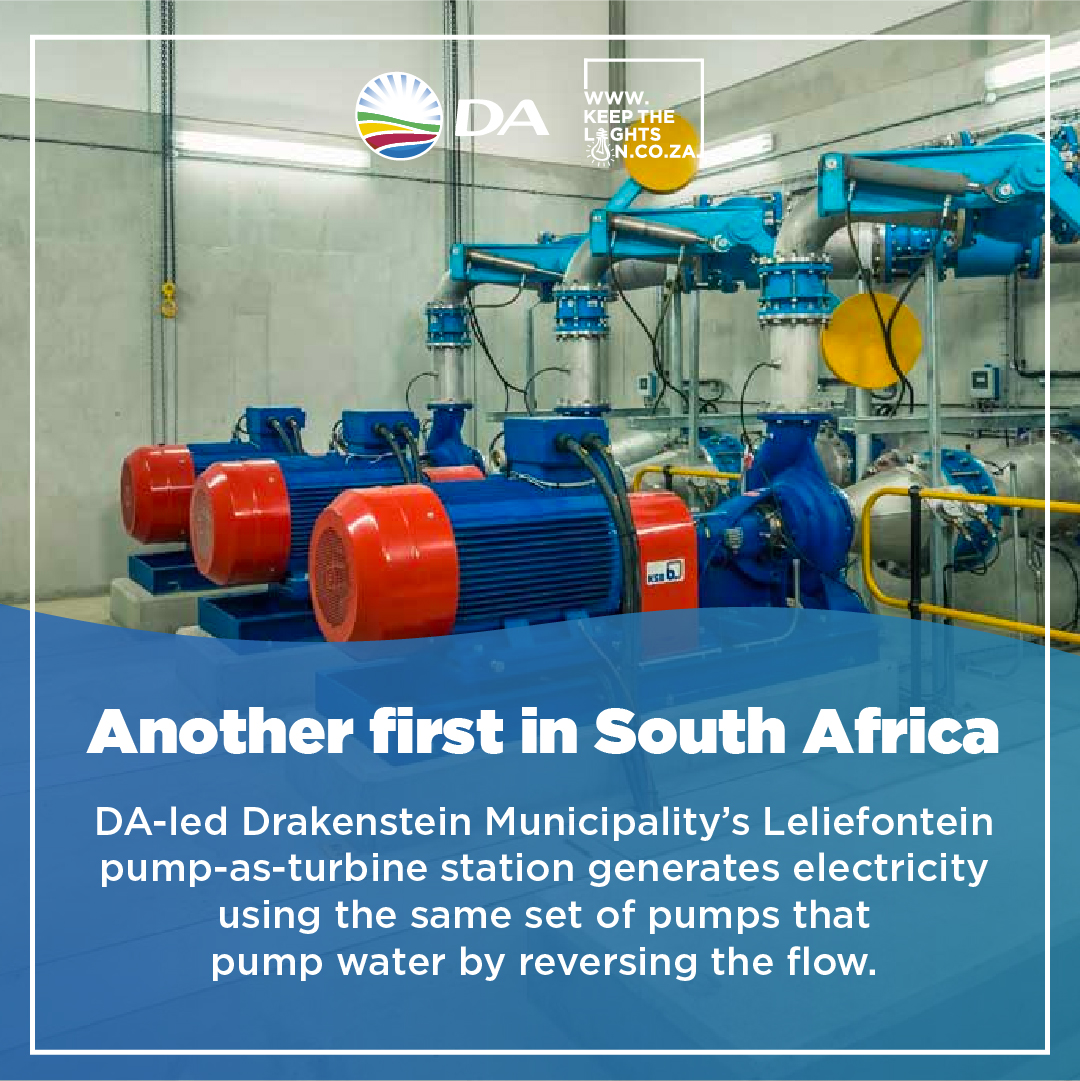 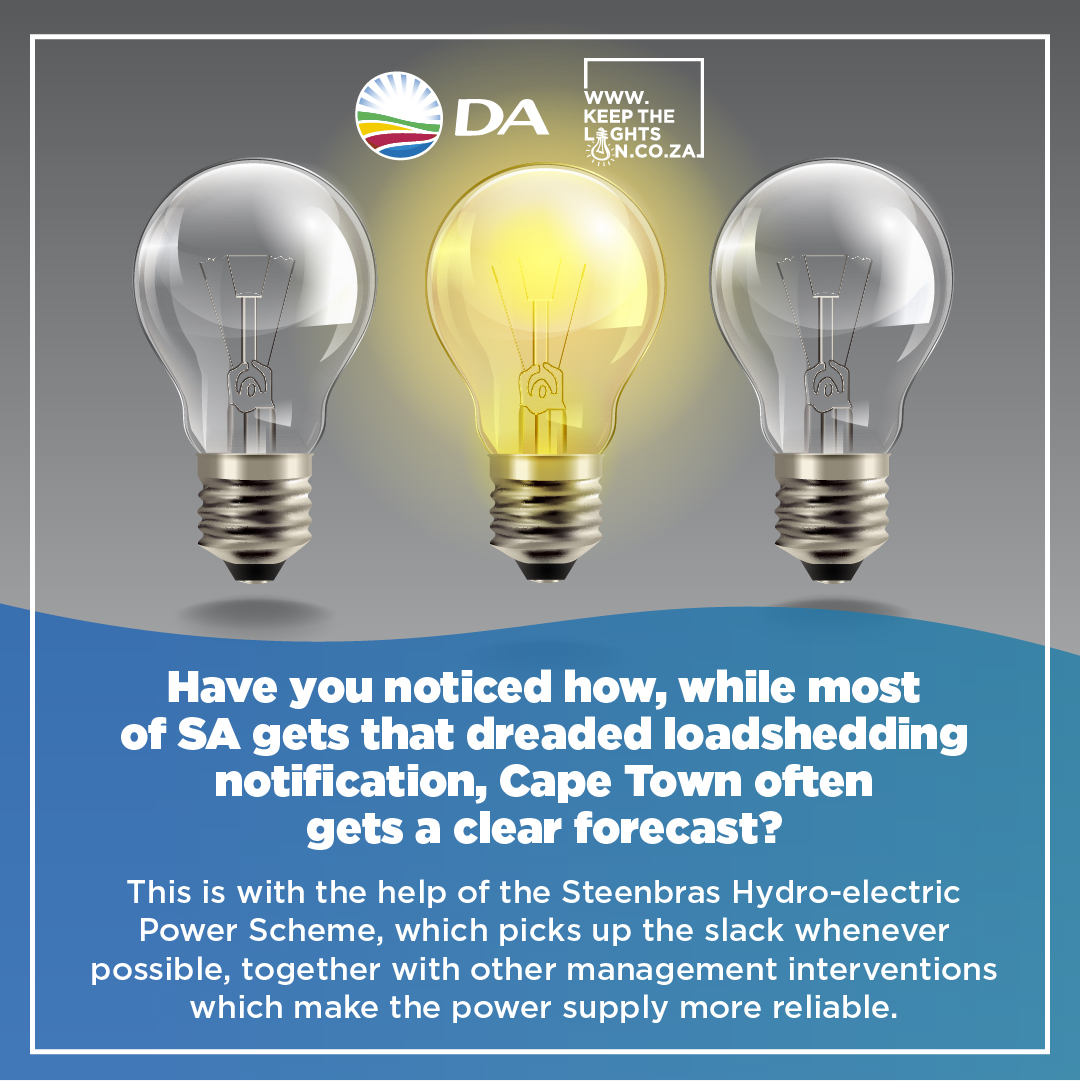 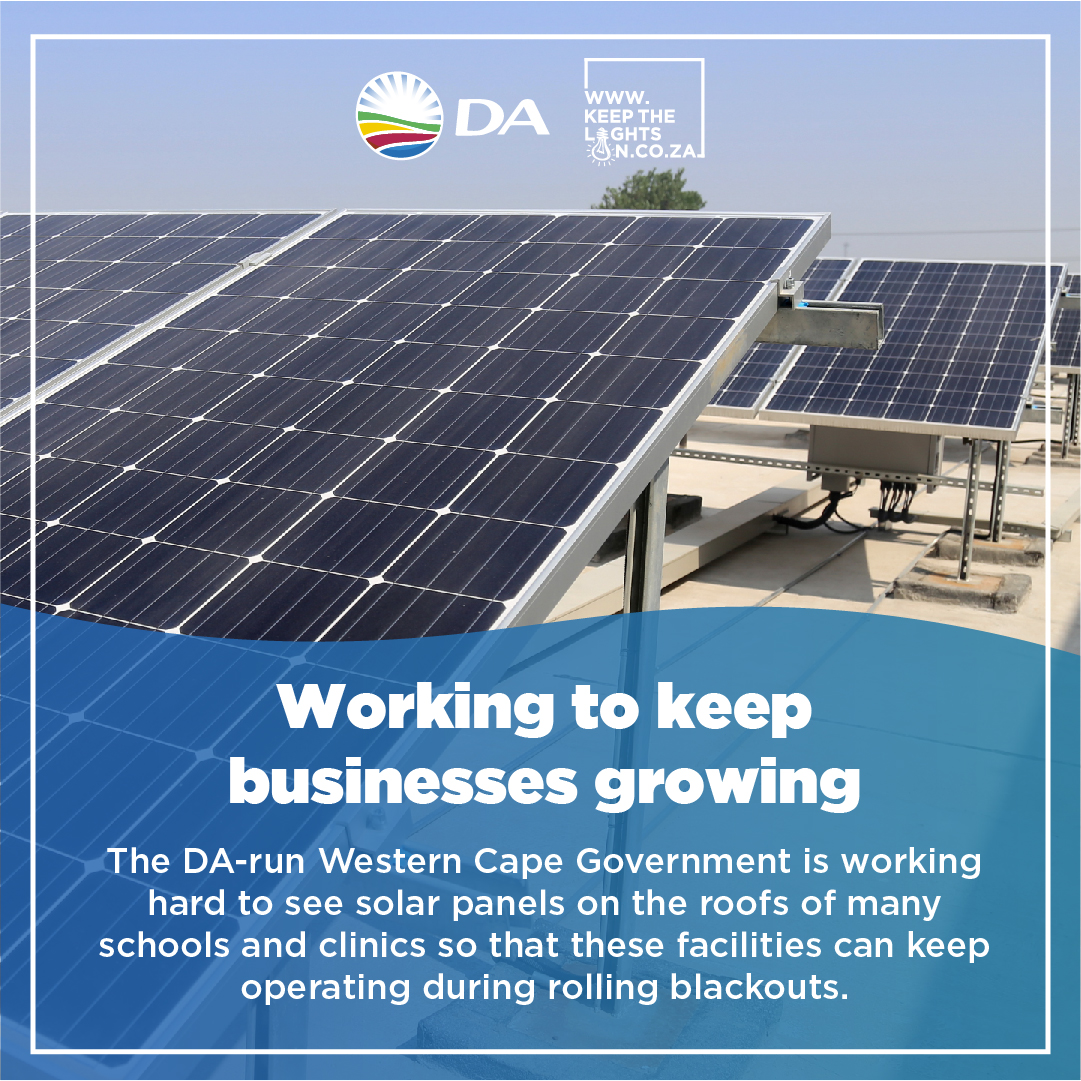 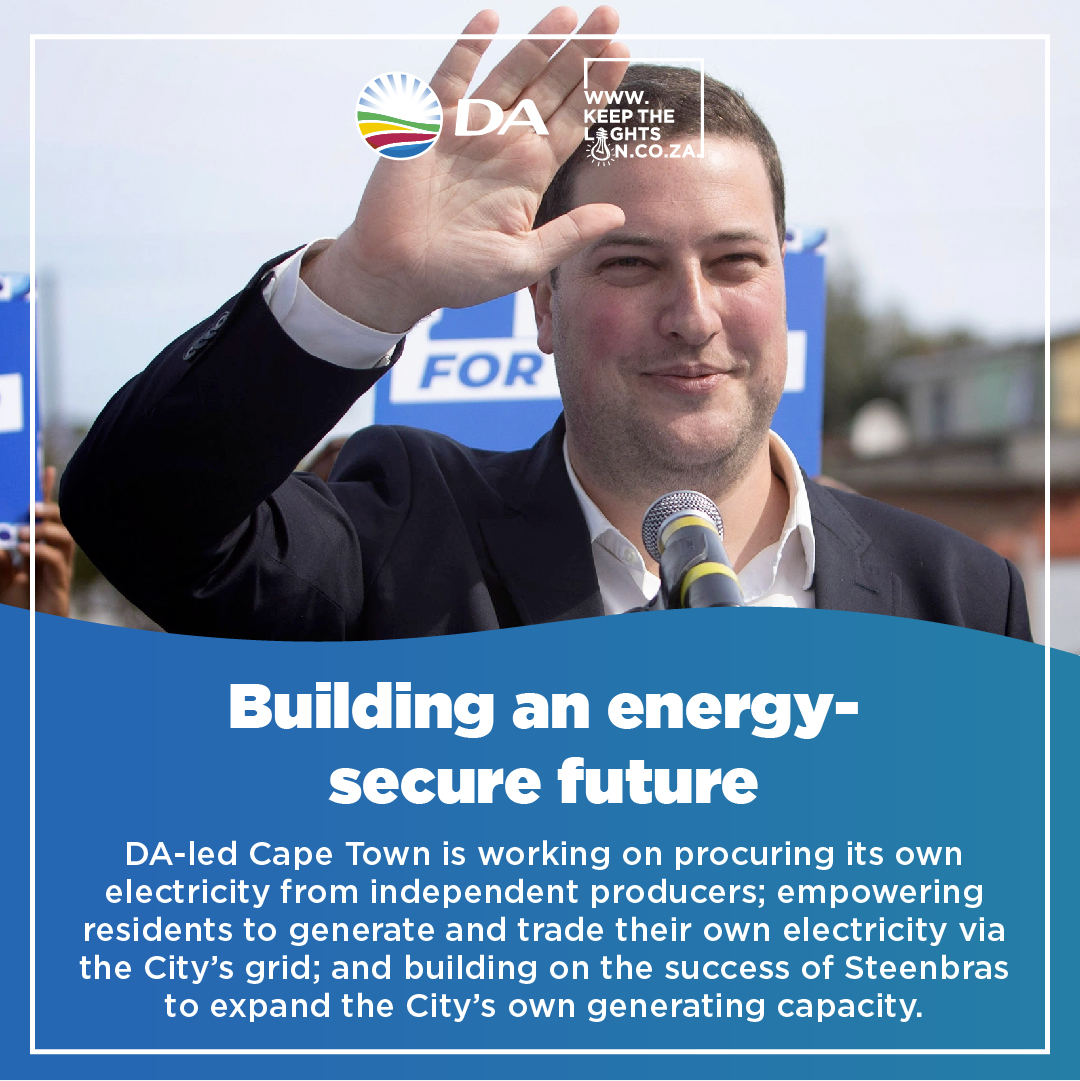 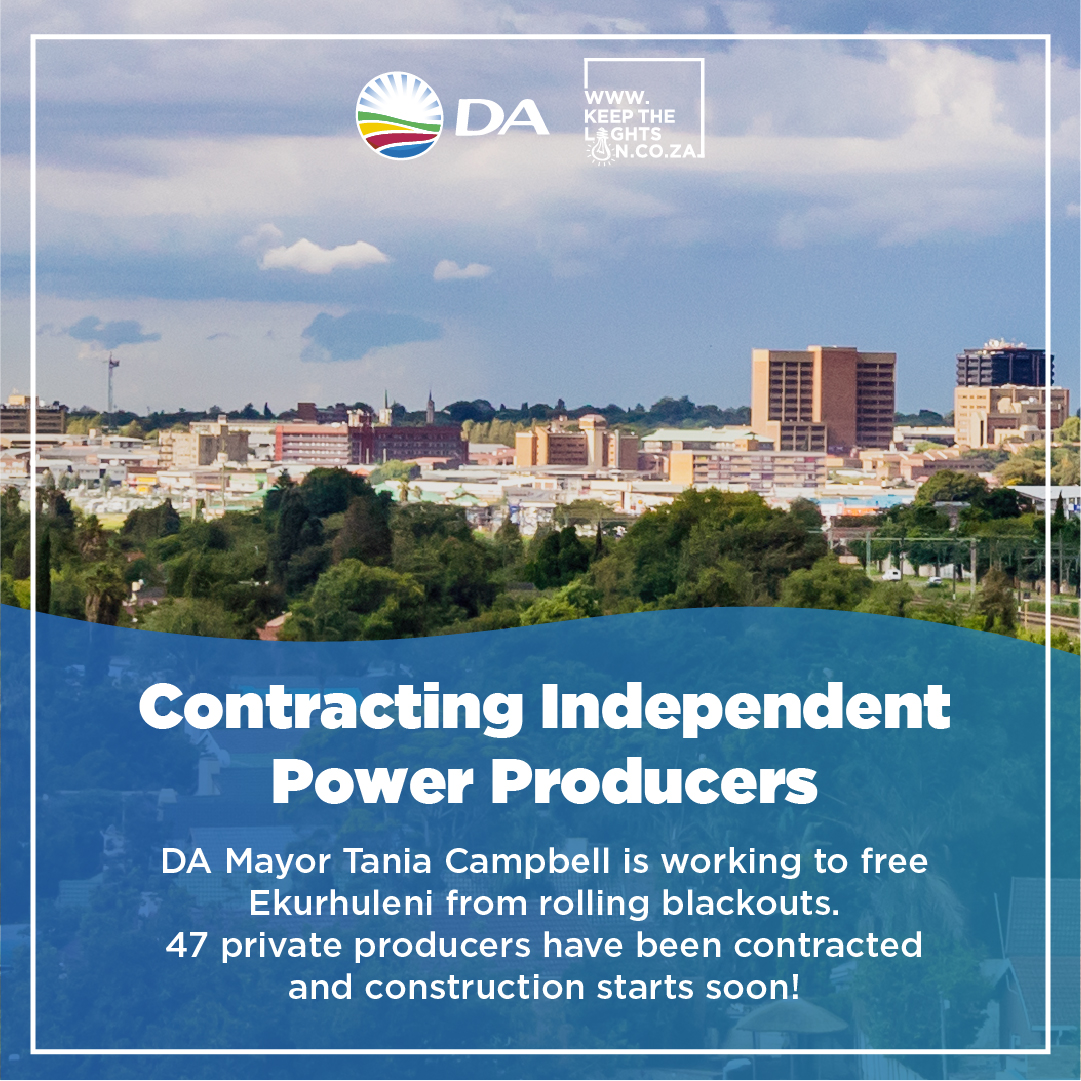 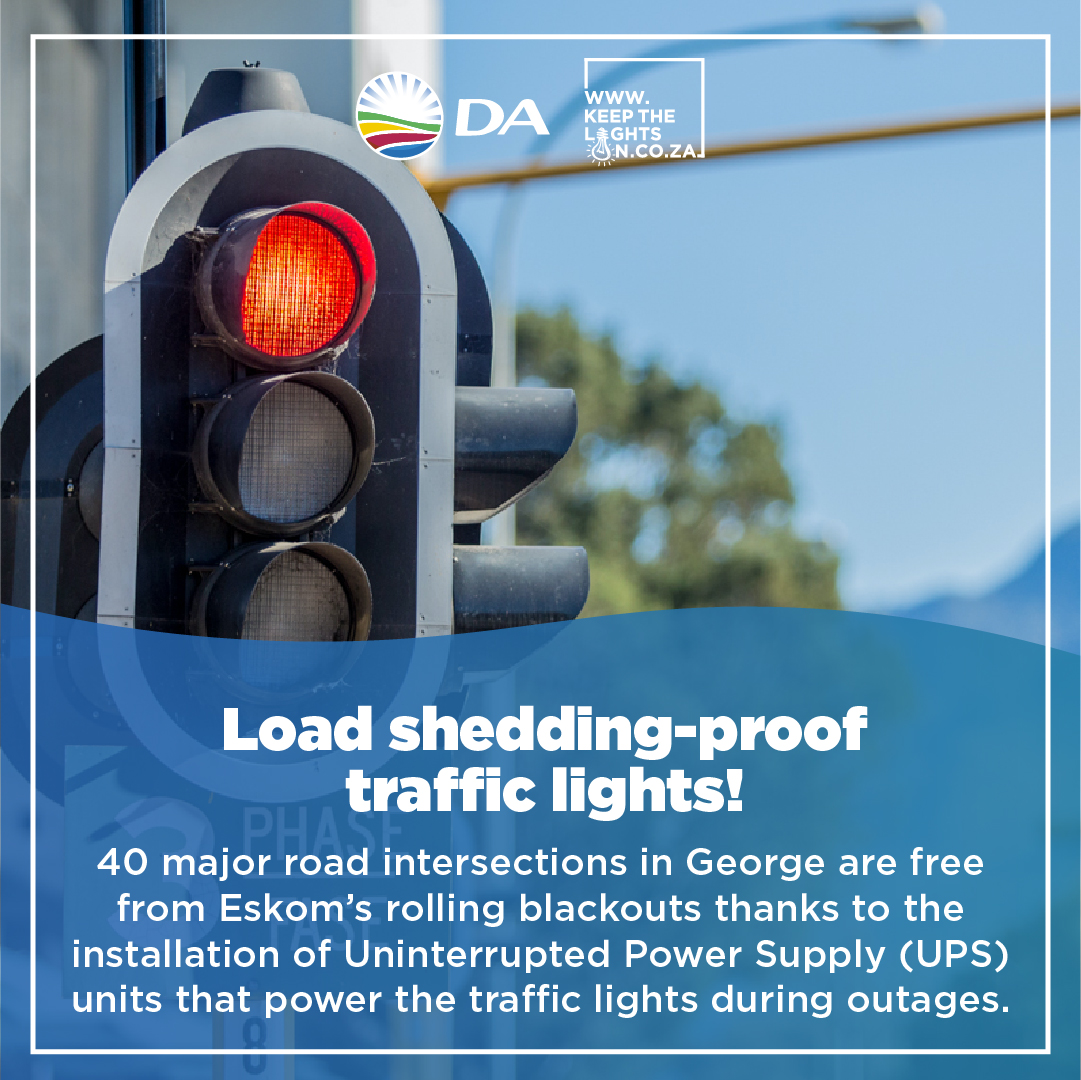 Give South Africa its power back!

For the past decade, the ANC has put band-aids onto bullet wounds at Eskom. Support the DA’s plan to keep the lights on and stabilise South Africa’s power supply.

An 18,65% increase is coming, thanks to the ANC national government and Eskom.

Help us solve the Eskom crisis

Ramaphosa’s broken promise – where are the tax incentives for rooftop solar installations?

A minute to midnight – declare a ring-fenced state of Disaster around Eskom now!

Load shedding exemption must be expanded to include all hospitals

Cutting a trip short without a plan is a gimmick, President Ramaphosa

Rolling blackouts an existential threat for the SMME sector

With Ramaphosa missing in action on the energy crisis, Parliament must step in to fill the leadership vacuum

The DA Difference: While Eskom wants to charge you for using solar, DA-led governments will reward you

Eskom wants to charge you almost R1000 for NOT using electricity

South Africans will not pay for a 32.7% tariff increase to be kept in the dark by Eskom

The ANC ‘solution’ to the failed Eskom? Create another Eskom

Energy Crisis: Will the President see the light?

Prioritise patients not politicians – Why are Ministers exempt from loadshedding and hospitals are not?

Eskom should interdict the wildcat strike action at its generation plants

Minister Gordhan got it wrong, here is why the DA is calling for a State of Disaster on Eskom and the energy sector

Rolling blackouts: DA reiterates call for Eskom State of Disaster while Ramaphosa is missing in action

Eskom must be declared a State of Disaster

Mantashe’s RMPIPP has failed and should be terminated

Is the National Nuclear Regulator doing its job?

NERSA Tariff Increase: 9.61% will still be a huge blow for struggling South Africans

Rolling blackouts: DA to request Commission of Inquiry into Eskom

More rolling blackouts, with no end in sight, a national disgrace

Mantashe contradicts Ramaphosa (again!) on moving away from fossil fuels

If you want to be free of the ANC’s electricity crisis, the DA has a plan

Privatisation is Eskom’s only hope in light of ballooning debt and R18.9bn in losses

Gordhan and De Ruyter must come clean on Medupi

Is the national grid about to collapse?

Stage 4 Rolling Blackouts: South Africans must register to vote to keep the lights on

As stage 4 loadshedding looms, the DA is fighting for energy independence

Mantashe must come clean about Powerships

How much diesel will Eskom’s burn to suspend loadshedding for King’s memorial?

Did Mabuza mislead Parliament on the completion of the Medupi power station?

Minister Mantashe must reopen REIPPP to save SA from load shedding

The Eskom crisis can be solved. An open letter to David Mabuza

Opinion | Why are we being kept in the dark on dealing with load shedding and where is the urgency, Mr President?

Open Letter to Minister Mantashe: You’re all talk and no action on energy security

While the ANC and EFF pander outdated ideologies, Eskom plunges the country into stage 4 darkness

New Eskom transmission department must not be burdened with old problems