areas such as job opportunities, education, service delivery, and poverty and hunger alleviation.

Four children die a day of hunger, but the ANC government would rather spend R35 billion of the people’s money to continue flying their rich friends across the country and abroad.

Despite countless boards being hired and fired, and turnaround strategies implemented, SAA remains an economic burden for the people of South Africa. 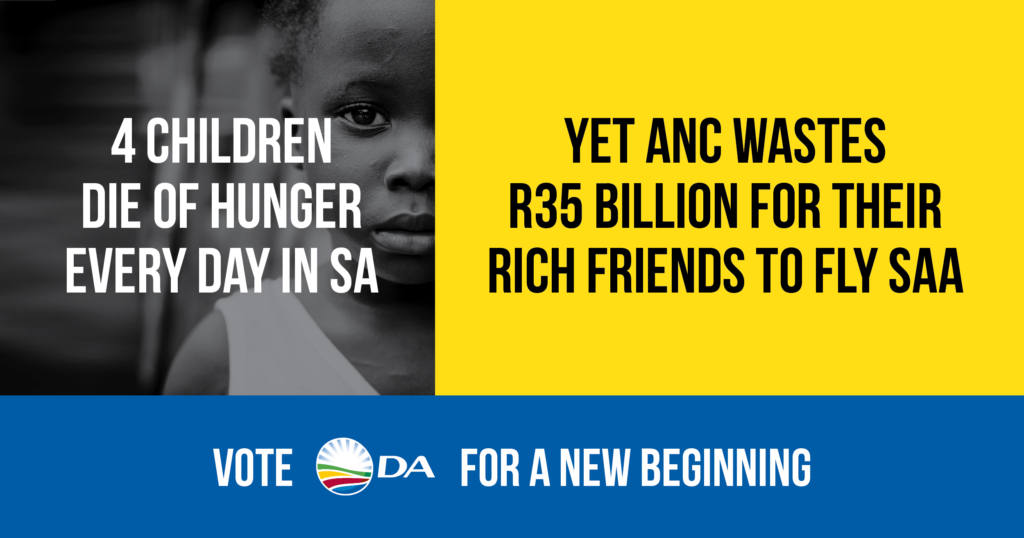 SAA must be placed into business rescue until it has stabilised, and then it must be dismantled and sold. By selling SAA, billions of Rands will be saved, which can used to usher in a new beginning for 30 million poverty-stricken South Africans, provide quality education for students by providing bursaries, and ensure that quality services are delivered to our people.

We don’t need to carry on propping up a national carrier for the sake of a corrupt elite, at the cost of millions of desperately poor South Africans. Life will carry on after SAA, but only with more money for the poor and less for the corrupt. Which is the way it should be. – DA leader Mmusi Maimane