We congratulate the former Governor of the South African Reserve Bank, Tito Mboweni, who has been plucked from political obscurity and appointed as the new Finance Minister in South Africa.

With his experience, the new Finance Minister will have the advantage of being able to hit the ground running and is, at least, known to market participants, ratings agencies and international financial institutions, who closely follow events in South Africa.

However, we are concerned that during the years that he was out in the political cold, he often came over on social media, at least, as a little looney posting content that seemed to be at odds with government policy like this: 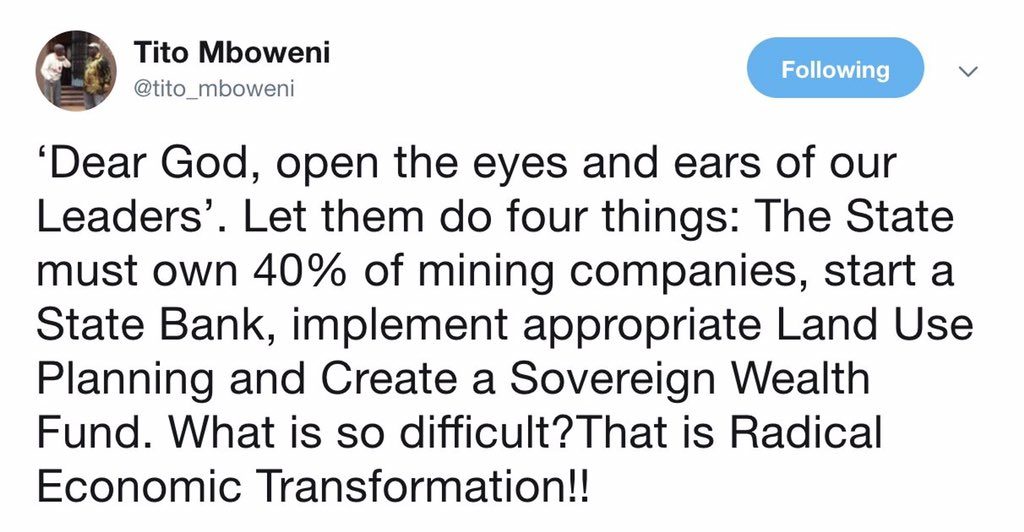 We hope that the minister will clarify his view in the run up to the Medium-Term Budget Policy Statement which is scheduled to take place in two weeks time in Parliament.