The DA can both ensure poor students in need receive funding and keep our universities open for access to opportunities and jobs.

No student who qualifies for tertiary education should be denied the opportunity to study because they cannot afford it. 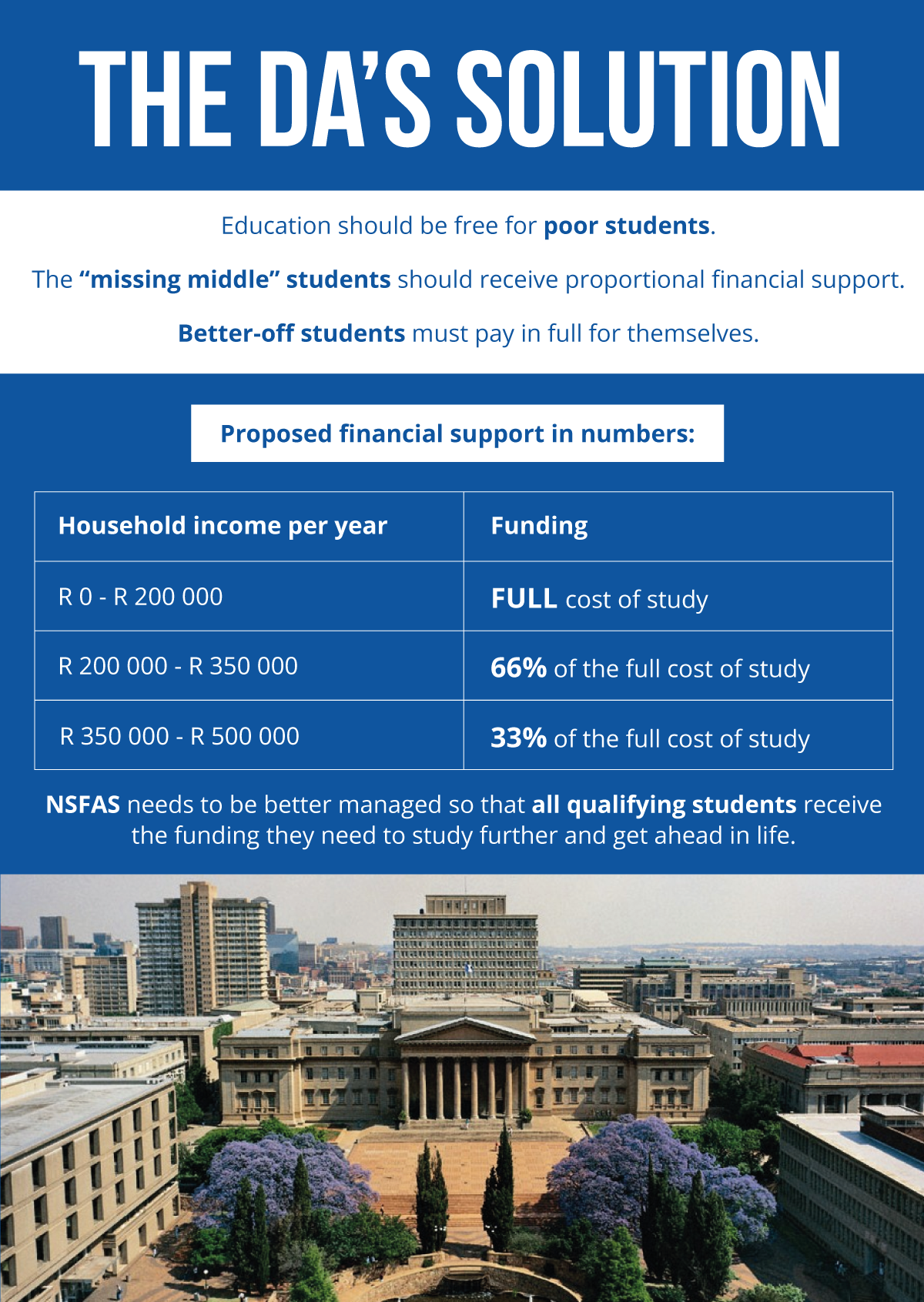 Why is #OpenOurUniversities so important?
Higher education in South Africa is on the brink of collapse. If the universities don’t open next week the knock-on effect will be catastrophic:

How did we get here?
The crisis we are now facing has been a long-time coming, spurred on by an uncaring ANC government, which has prioritised corruption instead of the best interests of young South Africans. It is the direct result of:

The rule of law and re-opening of our campuses
The DA supports peaceful protest, democratic and rational engagement, the Rule of Law and the Constitution. This means that we oppose:

Thousands of students across the country qualify to receive NSFAS, but due to massive underfunding have not received the required support. Find out how the DA and DASO are fighting for these students.

Help the DA continue our mission to put a job in every home, and bring honest government to South Africa.