The following summary remarks were delivered today during a visit by the Leader of the Democratic Alliance, Mmusi Maimane MP, to the Gwatyu farms in the Eastern Cape. Maimane was joined by the Shadow Minister of Rural Development and Land Reform, Thandeka Mbabama MP, the Shadow Minister of Agriculture, Forestry and Fisheries, Annette Steyn MP, and the DA Constituency Head, Terri Stander MP.

My visit to the village of Gwatyu today is to offer the commitment of the Democratic Alliance (DA) to helping get justice for the people of Gwatyu, and to give them our assurance that we will take up their fight, and do all we can to make the residents of Gwatyu the rightful owners of the land they have lived on for almost half a century.

It has been a humbling privilege to meet the resilient families who live here. Despite their concerted efforts over the past years, over 1500 members of the Gwatyu Communal Property Association (CPA) remain in the same position they were in during Apartheid – tenants of the land they live on, and at the mercy of government. They have endured decades of empty promises and seem hardly any closer to owning their land now than twenty years ago.

Their fight is for the security of tenure of the land that they live on so that they can work their own land, and be freed from government control. The struggle of the people of Gwatyu is our struggle – it’s a struggle for land, and for the right to own and use the land on which they live. I am proud to say that the DA will take up this fight and will not rest in our efforts to enable the people of Gwatyu to own and work the land that they live on that has lain fallow for almost 40 years.  Our fight for the security of tenure of their land begins today. We will start with:

The Gwatyu CPA reached out to the DA looking for someone to help in their fight to gain ownership of the land they live on. They heard that the DA is the party that stands firmly on the side of giving real ownership to black farmers. Not just making them permanent tenants of the state, which is the ANC’s current model, but real owners.

Over the last four years specifically, they have been made many empty promises by the government, especially commitments to register their CPA and confirm land audits that would prove their claim to the land. None of the promises have ever been delivered on.

The Department of Rural Development now denies that any land audit was even done on the land. The fact is that the this ANC government has lied to and failed the people of Gwatyu, who remain landless.

They continue to be treated as life-long tenants by government. The ANC government’s ownership of the 88 Gwatyu farms has never been for the benefit of the people of Gwatyu. It has been about retaining control over them.

They have been failed at every turn, and I heard today the many indignities and lies they have been forced to endure over the years. They have disrespected by an ANC government that clearly doesn’t care. This stops today!

I am inspired by the people of Gwatyu. I heard today how the unemployed and pensioners in the community used their own social grants to fund their march to Parliament in 2016 to protest outside while the Minister of Rural Development and Land Reform was delivering his budget speech. Rather than being met by a caring and open Minister, they were sent away.

These residents now rightly organize under the slogan ‘nothing for us, about us, without us.’ This demonstrates the resolve of this community, which is worth supporting and strengthening. The demands are clear: government must register the Gwatyu CPA, land over the land rights audit, and transfer the land to the people of Gwatyu. The time for delays is over!

This land is some of the most beautiful and fertile land in the country. But for it to be properly farmed, government needs to transfer ownership of the land to over 1500 people that live on it so that they can work the land they know so well.

The DA also call on farmers all across the country who find themselves in similar positions to the people of Gwatyu, to make contact with us. Please contact my office directly on leader@da.org.za or call us on 021 403 2911 – and we will make sure each and every one of these cases are interrogated and pursued.

The DA will continue our fight to ensure South Africans become owners of the land they live on, and are not at the mercy of an uncaring ANC government. 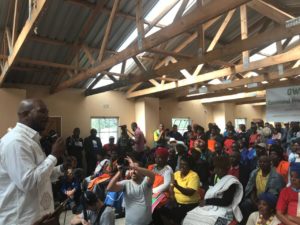 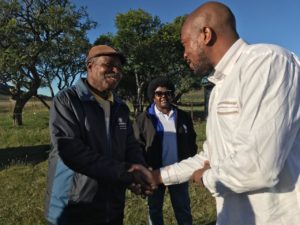 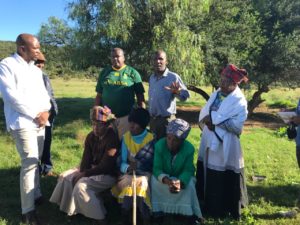 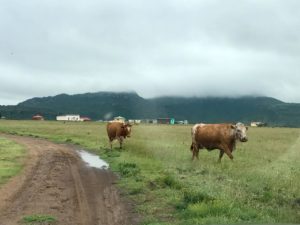 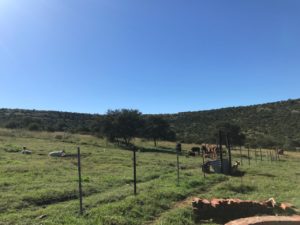 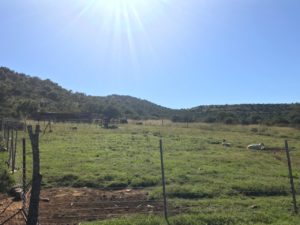